Across the globe, snatching of wigs, edges and hair follicles alike has been occurring.

The Queen released her first single “Spirit”, of a compilation album that she produced for the just-released remake of the classic, “The Lion King”; called, “The Gift.” And it was well worth the wait, or at least the 38 million views and 1.1 million likes would lead us to believe. With soulful vocals, rich cinematography and resplendent outfits, Spirit is a true feast for the eyes, but most importantly, a palpable ode to the motherland. The queen and her team left no stone unturned in bringing this vision to life.

Naturally, though, one aspect that we were particularly taken by, was how each and every one of the creative top long Beyonce hairstyles that Beyoncé and her superlative dancers adorned, fitted so immaculately with each change in setting and outfit. We were served with a formation of tribal braids on the backdrop of rusty rocks, fiery red hair that danced with the wind in the desert and long cascading weave tresses whose waves moved parallel to the waves in the water, exuding regality. Hair and nature were one.

We couldn’t decide which Beyonce long hairstyles was our favorite, so we’ll just give each of them the spotlight they deserve.

Appearing in the beginning of the film, this is one scene that’s etched in the memories of viewers.  Beyoncé’s first onscreen appearance was one that exuded regality, royalty. queendom. Against the backdrop of an expansive desert, she sat. Red hair billowing in the air, as striking as her expression. A simple middle part divided the front part of the hair into two, and in the middle, perfectly flattened hair, but as it approached the sides and midsection of the scalp, rose up to greet the wind, creating the illusion of a halo against the queen’s silhouette. It was the perfect accessory to the long lilac robe flowing past her bare feet and matching perfectly with the red ruffles that formed the bottom layer of the robe, that perfectly complemented the earth they flowed onto.

But the next scene was the magical touch that the video needed to match the feeling that the Lion King gave each of us. Little Blue Ivy checked in, her red hair matching her mother’s. However, unlike Queen B’s flowing mane of redness fit for Mufasa, the little princess spotted an even curlier bundle, it’s large volume perfectly juxtapositioned against her slender frame. And as they joined hands and looked into the horizon, fiery hair to the wind, It was parent and child; Simba and Mufasa claiming the world as theirs. 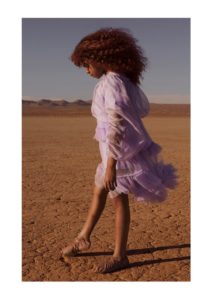 And if that was not enough, the next scene had Beyoncé being joined by a troop of melanated sisters, poised to perfection. If there’s anything like that. Their hairs as wild as they were arresting, a similar color to the duo, highlighting their perfectly fitted red bodysuits. 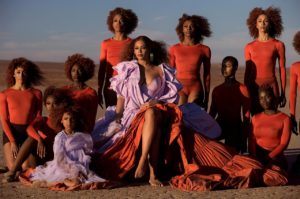 And if the scarlet takeover had us reeling, the assembly of braids that featured on the heads of the sublime dancers in the next scene definitely had us and all our ancestors alike cheering. The black cornrows started off with intricate patterns that began at the epicenter of the scalp and traced their way to four different sections. Along the axis of each of the four partitions, one braid giant braid joined all the cornrows and extended on, falling to the waists of the beautiful black women, against their earthy green flowing dresses. They were a sight to behold. 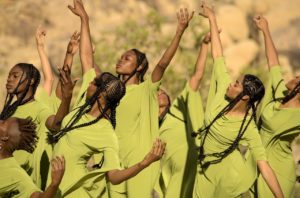 Beyoncé’s braids for this scene almost matched that of her dancers, but she adorned a blonder shade of the braids (best Beyonce long hairstyles of all time). We’ve come to embrace this as her signature color. The cornrow pattern was simpler. One braid sectioned her cornrows into two perfect halves that resulted in two giant braids their own. The simplicity of it was the beauty of it. 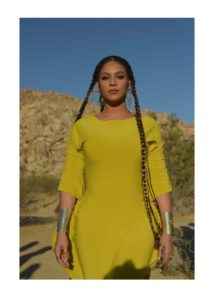 This scene brought African culture had been brought to the centerstage. 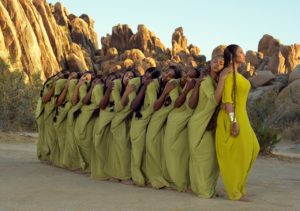 You can achieve this look with our Abuja extra-long braids.

The final of the hairstyles brought to us by Beyoncé was one that is closer to her alter ego nature, Sasha fierce. Because it was just that. The embodiment of fierce. 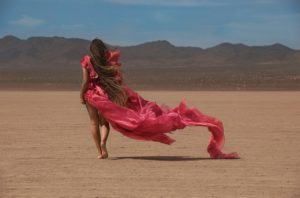 The predominantly(most incredible Beyonce long hairstyles) dark brown micro curls spiraled down almost to the thighs, with streaks of blonde cutting through them, making them stand out all the more. The edges were a light blonde that matched the desert sands and stood out from all the ensembles that she wore with this. We wonder how she managed not to sit on them when she was splayed on the ground, but as they say, this is Beyoncé. Enough said. 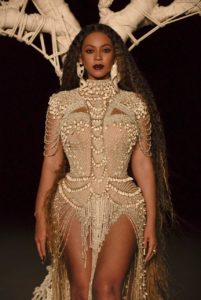 You can achieve this look with Darling Deep Curls

Just as the queen slayed, so do we want you to. Let us know in the comments below if you tried any of these looks! Tag us on all our socials, we’re keen to see!

Crochets and Kids: All the Best Hairstyles

Our site uses cookies, by continuing to browse you are agreeing to our use of cookies. Read More...